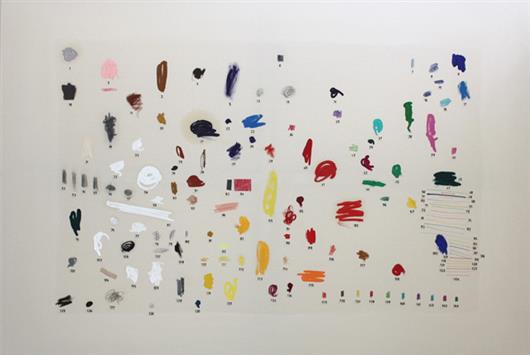 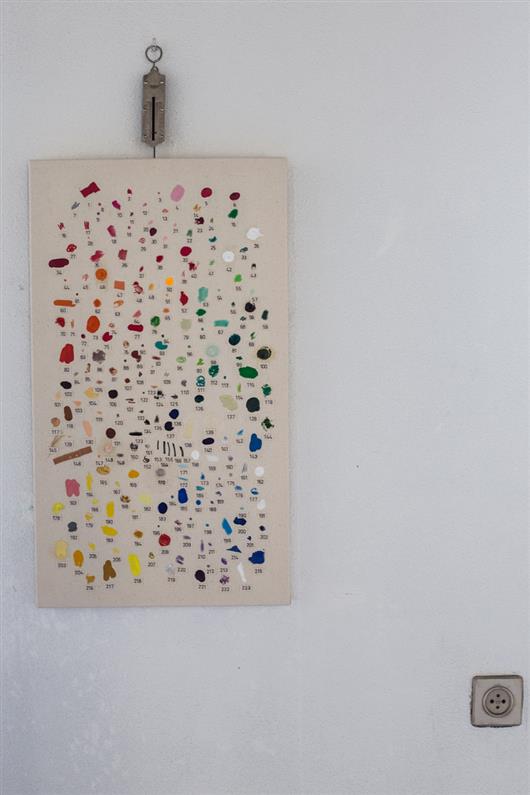 lives and works in Den Haag — The Netherlands

Wieteke Heldens participated at Coup de Ville 2016. This text was published in the catalogue.

‘Whoever must fight for his or her health experiences life more intensely,’ Dutch art critic Felix Villanueva writes of Wieteke Heldens. And he continues, ‘The creation of art is an intrinsic necessity, in order to battle her physical and psychological disorder.’

In music, we stay grounded in the rhythm through the compelling tick of the metronome. In life as well, codes, agreements and expectations dictate the manner in which we think and behave. We do not always succeed in conforming to the inexorability of the imposed order, so that sometimes, order devolves into in chaos. Wieteke Heldens reminds us, in a way, of the film ‘A Beautiful Mind’, about the mathematician John Nash and how we try to grasp the complexity of existence. For her, art lies in the gap between reality and the life we all dream of.

Despite the apparent abstraction, her paintings, remarkably enough, belong to the genre of (self) portrait. In this case, it is not outward appearance that matters, far from it, but character and habits that define us, as a person. Heldens describes how her spirit works and the way in which this, in turn, determines her (creative) work. It is an attempt to decode reality and discover coherence and meaning in it. Counting and weighing, in and of itself is not so important, but weighing decisions, taking decisions, is. In this respect, she parallels the composer John Cage, who took decisions according to the ‘I Ching’, or the old Chinese ‘Book of Changes’. Simply put, his fate was decided by the roll of a die. For Heldens, too, decisions led to rules, which she follows meticulously and expands into her own system to live by.

Her portraits function as a map – a representation of reality, to which a legend has been added to help decode it. ‘The Legend’ is the title of the series of paintings that Wieteke Heldens is exhibiting in ‘Coupe de Ville’. The starting point consists of creative material which is available to her at a certain time and place. Depending on the situation, she uses all the pencils, markers or paint, to the last drop. The predestination of the material is that it will all be consumed, in its entirety. Each spot is numbered and ordered in a clear-cut whole, which reins in the disarray.