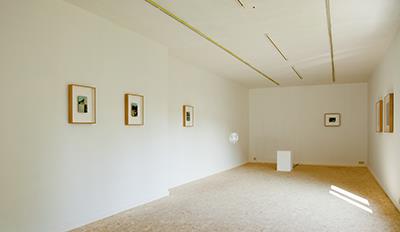 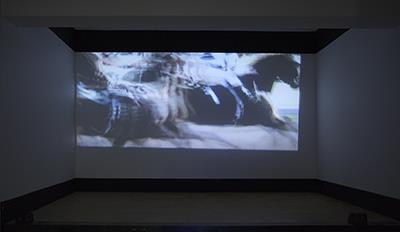 Thomas Bogaert participated at Coup de Ville 2013. This text was published in the catalogue.

Thomas Bogaert strolls through the world. He looks at what is happening around him and zooms in on everyday life with the film camera. “You might call me a voyeur,” he says, unquestionably in the same spirit as the British author Dylan Thomas who experienced ‘the ordinary’ as extraordinary. Or, in the compact words of sociologist Pierre Bourdieu: “Nothing is more arduous than to render reality tangible in all its banality, to turn the daily commonplace into the uncommon, to bring it to a state that clarifies how uncommon it really is.”

Bogaert prefers the Super 8 camera, as he likes the blurriness of the colour grain that harks back to the nostalgia of the seventies. The costs of filming force him to work economically and to bunch his work together as much as possible. He then intensifies the time perception and the viewing experience, which often results in hectic film work. He also encapsulates the shaky film stills (all of them snippets of time) by pouring resin over them. The still becomes an object, a kind of painting, a time capsule.

‘The Traveler’ is brand new. When he was in Berlin, the artist filmed himself while on his way to a travel agency on the Karl-Marx-Allee. This a symbolic location in what used to be East Germany, where people could only dream about far-distant travel destinations. The same image is seen on two screens mounted side by side, but shot at different times. When the artist, an anonymous figure seen from the back, opens the door on the one screen, he is seen still on his way on the other. It is an endless walk. The dual projection is somewhat of a mantra, which makes you a bit sad as dreams and wishes remain unrealized. At one point the artist’s golden earring flickers in the sunlight, a short-lived glamourous spark which he likes to flirt with. Another work in this exhibition sets a horse race to the exciting music of Daevid Allen. Once again, the idea of the ‘loop’ is central: there is no finish line, only the endless motion that is given form through the changing camera angles and the different framing of the images.