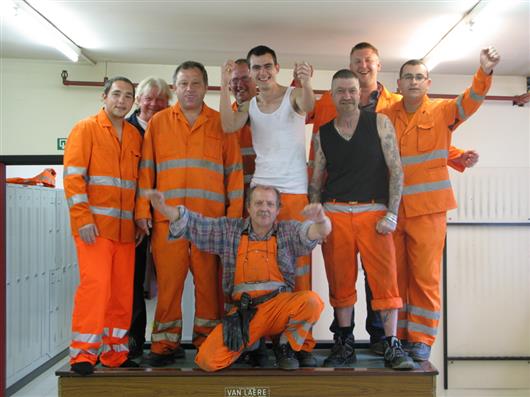 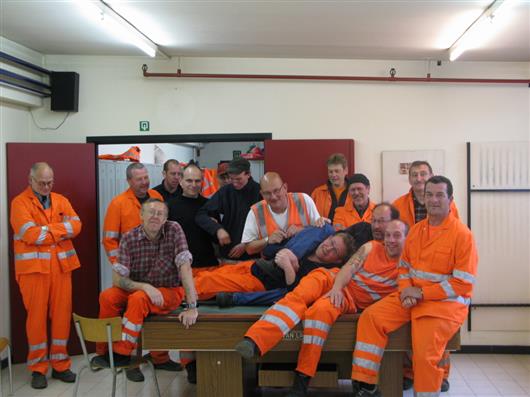 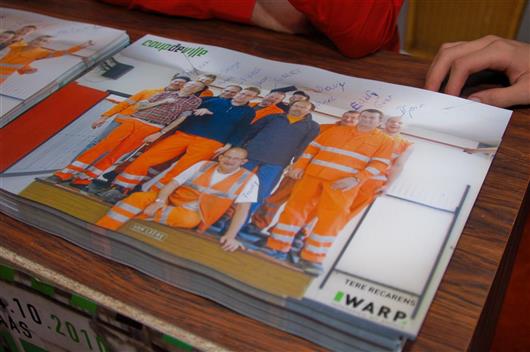 Tere Recarens participated at Coup de Ville 2010. This text was published in the catalogue.

In her work, which balances on the edge of non-art, Tere Recarens constantly searches for the interaction with the surroundings and the people that form part thereof. The artist thus plunges into situations whereby she remains receptive to both the hidden and the popular side of society.

In the run-up to Coup the Ville, Recarens tagged along with the local morning crew collecting refuse from 6 in the morning. Although this work is necessary for the functioning of a community, this still takes place almost unnoticed and has little appreciation. The manner in which refuse collectors get to know the city differs from the avarage resident. What Tere Recarens has learned from this experience is that people select too little or poorly. This generally applies to refuse, but also holds true for those people whose value is generally denied within society.

The artist finally decided to hold a competition whereby the two cleaning service shifts compete against one another in the area of cleanliness, power and general effect. The artist took extensive photographs during this 'battle'. She considered the personal attention paid to the men themselves as more important than a showy and possibly sterile photographic result. Two group photographs were finally taken whereby each shift is standing on a table, according to the analogy with the bronze statues of historic figures on a pedestal. The anonymity with which refuse collectors move through the city during their work is cancelled out by the addition of their first names on the image. The snapshots appear during the exhibition on big banners in the townscape and are distributed as posters.