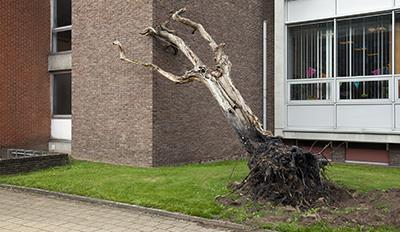 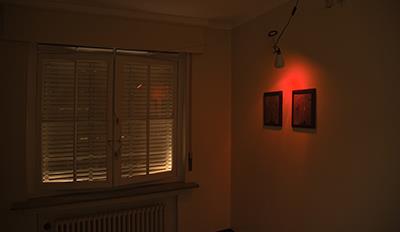 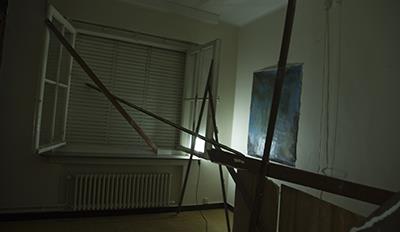 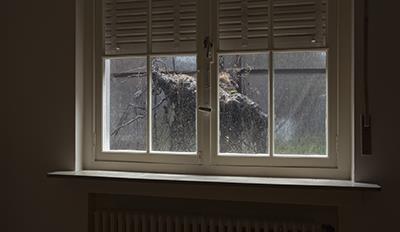 lives and works in Poperinge — Belgium

Sven Verhaeghe participated at Coup de Ville 2013. This text was published in the catalogue.

“As a moth is caught by a flame, likewise masses of people are invariably attracted by light. They fear all that is dark and are forever looking for new kicks. I have the feeling that they are no longer able to experience the broad spectrum of their lives, the dark, the irrational and the higher spheres,” opines Sven Verhaeghe.

Most recently, his oeuvre has taken an intriguing turn with large paintings and charcoal drawings of landscapes. Often, they depict woodlands without people or, at the most, a suggestion of a human presence. They are stimuli to set off in search of the great story of the world and the universe, the history and the past on which we base our growth, our place in daily life, but likewise in search of what exists beyond. Yet, Sven Verhaeghe started his career as a portrait painter, but trees have evolved for him into personalities and characters. For instance, an uprooted tree is floating away from a woodland, like a bizarre ascension or a release from the shackles of its roots. Whatever he undertakes: his drawings, paintings, or videos are in one way or another interrelated with one another and part of an all-encompassing whole that he describes as a film. “I also interpret my life as a film which I continuously keep editing,” he elaborates.

‘Eureka’ is a novel ‘montage’ consisting of ten rooms in a wing of a vacant rest home. Paintings, drawings, snippets of a video film and all objects present have been included in his presentation. The source of inspiration is Eureka: a prose poem, the final book by Edgar Allan Poe, dating back to 1848. The romantic author of dark stories published his reflections about the material and the spiritual universe as a message for the future. Visionary ideas, such as the creation of the universe as a result of an explosion, were at that time still rejected. “Learning to think in opposition to methodology, to fixed and preconceived ideas, is important,” Sven Verhaeghe says. “Without allowing ourselves to be seduced by a fuzzy spirituality, we need to hark back to an inner compass. I have noticed that many people leave the impression of having gone astray. It is out of that concern that I occupy myself with the visual arts.”