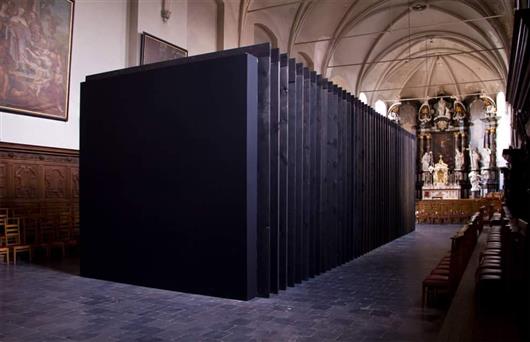 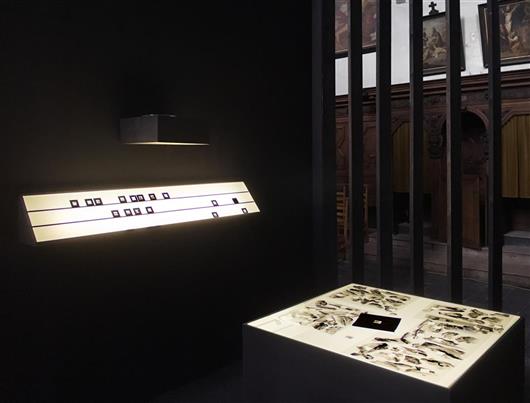 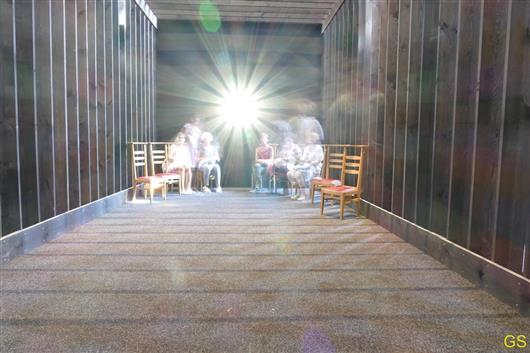 Stefan Peters participated at Coup de Ville 2016. This text was published in the catalogue.

What does painting mean in the present day? This topic is being researched in Stefan Peter’s artist’s practice. After a 2015 residence at the Van Eyck Academy in Maastricht, Peters is questioning his work. A large number of experiments lead to the re-discovery of painting and brought him back to the essential element, the brush stroke. He explores the medium in depth and breaks down the process of painting. With the help of videos and slides he zooms ever closer in on brush strokes and texture. He pushes the boundaries between the figurative and the abstract and studies the relationship between painting and space. The way in which he employs other media emphasizes once more the value and richness of the painter’s touch.

For Coup de Ville, his starting point is a 17th century art room. Furnished with painted panels there is a connection between painting and the object’s spatiality. A similar dialogue between painting and surroundings draws Peters further – but in this case on a different scale, namely to a church from the baroque period. Peters creates an experiential space: a  two part compact block within the sacred place. On one side is a working area indicating the creative process. On a light box lies transparent foil onto which black strokes of paint have been added. From this he selects fragments that he cuts to the size of slides. What we see here is a new direction for his work. Peters now takes this material and the abstract brush strokes reveal a new content. Using autonomous touches he creates an illusion of depth. The image still recalls the landscape but offers a lot of space for interpretation.

Extract from ‘Pierres’ by Roger Caillois

It is a question of scale. Each stone is a potential mountain. The initiated can easily change shape. Dongfang Xuan lived in a hut at the foot of a mountain with a woman who taught him Tao. Another witch sought him out to play chess. Because he was so busy, he asked whether they could entertain themselves for a while. ‘With that, the women made a drawing on the ground in front of them with their finger. This changed into a large lake with high pine trees and green bamboo around it. On the lake floats a boat. One  of the women climbs into it. The other throws a shoe into the lake. It changes into a boat and she steps into it. The two witches float about, singing. Finally, they make everything disappear with a magic spell.’ Immortals know how to create their own place, to enter it, to disappear within it. A drawing, a painting is enough for them: a mountain soon rises.