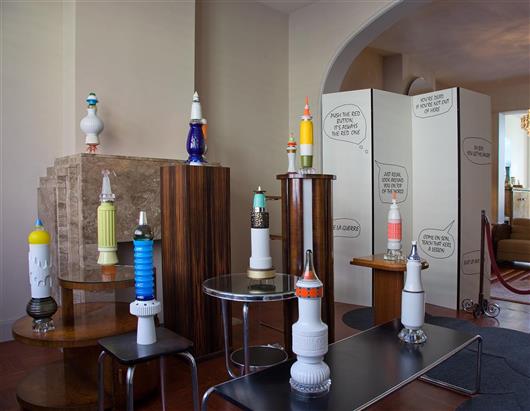 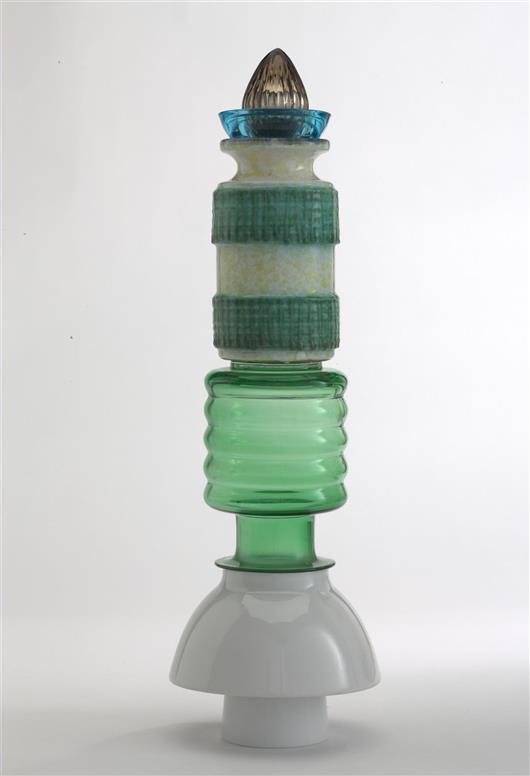 Silke Koch participated at Coup de Ville 2010. This text was published in the catalogue.

Silke Koch concentrates mainly on signs and sign systems in her work. Her migration from former East to West Germany when the Wall fell in 1989, strengthened her convinction that signs and meaning are extremely relative, but at the same time necessary and desired.

For her contribution to Coup de Ville, the artist started from everyday objects from the living room that she has processed into sculptures and combines with a video. The video What is going to happen? goes back to a film from the 1980s, which is set in 2010. Koch focuses on the conceptualization at the time of the Cold War and concludes in this work that reality often takes a completely different turn than the future that is envisaged.

What is going to happen? takes place during a nuclear countdown and shows, in a threatening atmosphere, the uncertainty as to the decision taken to launch a nuclear missile. A higher feeling of responsibility undermines the values with which one is confronted within a given climate. The ideology in which one lives influences not only the spirit, but is also tangible via objects.  Silke Koch builds miniature missiles, one of the most important realizations and symbols from the period of the arms race between East and West. The title of this series of works, After gravity's rainbow, goes back to a novel from 1973 by Thomas Pynchon, in which the apparent coincidence of bomb attacks is linked to the erections of one of the characters. The missiles are heaps of appliances, decorative objects or recycled packaging material. Koch sees this simple type of design not as value-free, but as part of an ideological system.