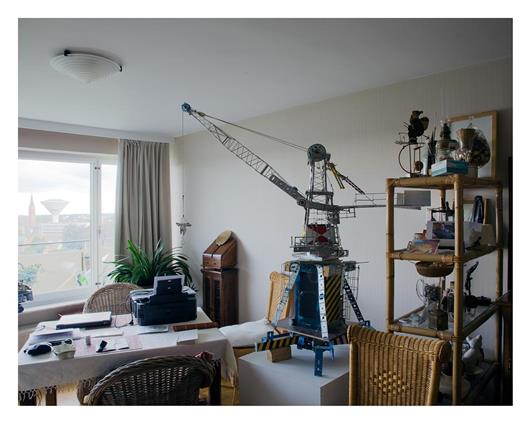 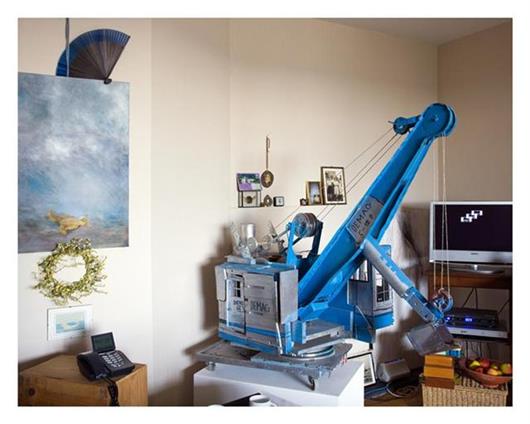 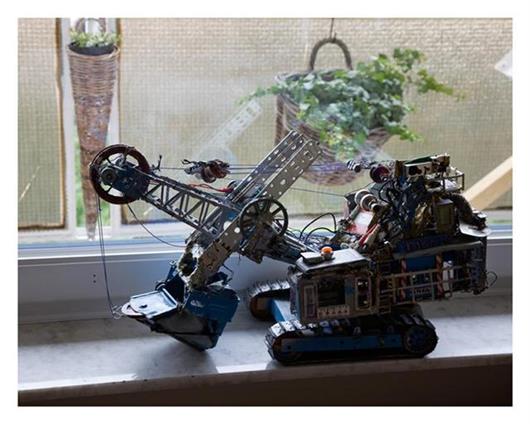 lives and works in Mariaberg — Germany

Roland Kappel participated at Coup de Ville 2010. This text was published in the catalogue.

Roland Kappel is an autistic artist who works in Atelier 5 in Mariaberg in Germany. As is the case with many persons within the spectrum of autism, his interests show a rigidity that artistically translates into repititive output. Kappel keeps on producing variations of the same mechanical objects: cranes, dredging machines or tracked vehicles.

Although these artists have been receiving more media attenton in recent years, and several have been absorbed into the commercial art circuit, questions about their artistic skills continue to arise. Many artists are self-taught, work strictly out of personal need, and create primarily for themselves rather than for others. Autistic artists are perhaps more questioning of themselves than of the fundaments of the world and the arts. This will mean that they reflect little or not at all on the aesthetic value of their work. Appreciation by the public will be secondary to personal creation, which in itself does not need to be any different from the view that many contemporary artists have. The difference is more likely to be in the way in which the latter are aware of the prevailing art context, and whether or not they wish to subscribe to it.

The inclusion of Roland Kappel's work in the exhibition invites reflection on the artistic status of every creative person. In Coup de Ville, four of his artworks will be exhibited in an apartment in the Koningin Fabiolapark highrise complex. They are cranes of different sizes and a dredging machine, all of which have been assembled with an eye for detail.

The general advertising image for the exhibition shows the same apartment buildings as those in which the works will be exhibited. However, the photograph dates back to 1968, and shows the construction phase of these apartments, with a crane towering above the structure. The idea of construction, growth or creation, still speaks to the imagination. An additional reason for this location and the crane theme can be found in the problems associated with housing, the very reason why the Koningin Fabiolapark complex was constructed. Two years ago, a number of asylum seekers in Belgium locked themselves into cranes for several days in order to add weight to their pleas for asylum. These cranes were their refuge.