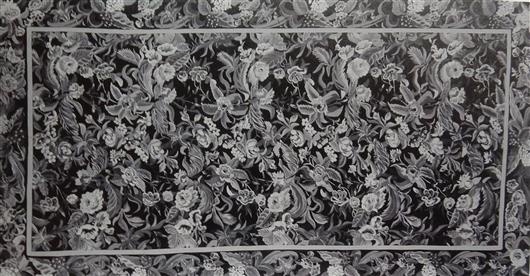 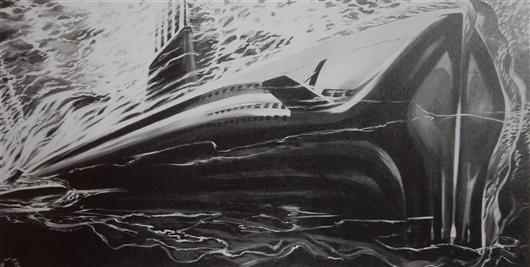 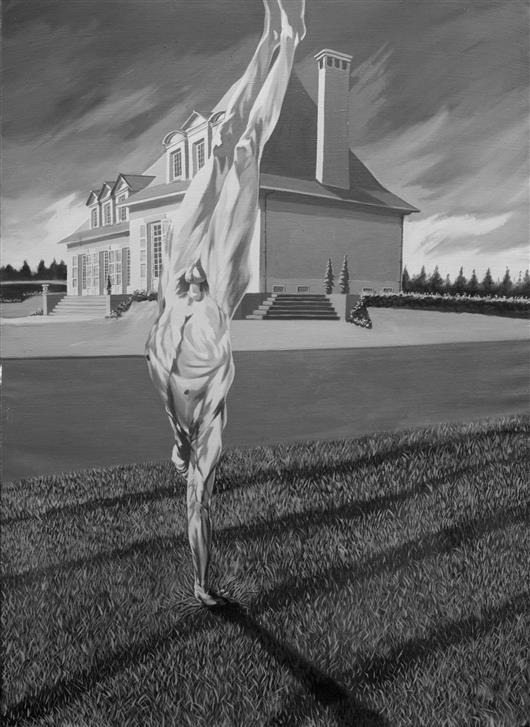 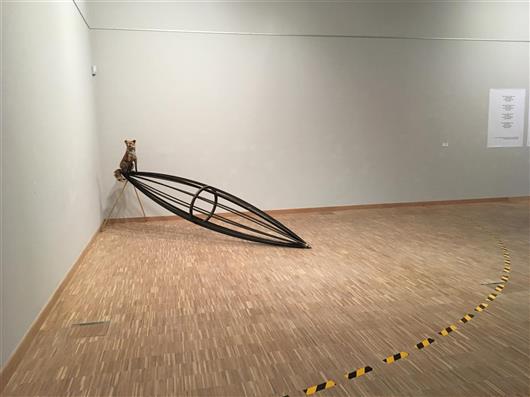 lives and works in Tielrode — Belgium

Paul De Vylder participated at Coup de Ville 2016. This text was published in the catalogue.

In 2017 his work 'Salle Julien Lahaut' was on display during the exhibition Tricksters.

“And ... what does it mean?” When looking at a painting with others, this question often leads to uncomfortable shuffling or irritation, but in the case of Paul De Vylder’s work this may well become a sardonic smile. Whoever takes the time to listen to children knows that even the simplest of spoken comments can be complex and lead to continuous shifts in meaning, to the great amusement of the youngsters. This is also true for visual language that is embedded in a (previously often explicit) frame, forming both a conversation and a means of exposure; a challenge that the theoretician, teacher and artist Paul De Vylder faces untiringly. In 1970, after a long sabbatical period, Paul De Vylder again started work as an artist, creating complex and improbable figures. Iconographic elements are elegantly removed from their context and woven into each other, creating a deceptive surface.

Coup de Ville is presenting his ‘Triptych for Wagner’, ‘Jane’s Dreamboat’ and ‘Hic Rhodus hic salta’ from the 1980’s. In this last work a naked athlete balances upside down on one arm in front of a palatial villa in a neatly arranged  garden. In the story of ‘The Boastful Athlete’ by the Greek, Aesop, he is challenged to prove the truth of the rumour he himself has spread about a spectacular performance. The triptych, inspired by Wagner, is populated by NSDAP members (German Nationalist Party Members) enthusing over a violinist whose virtuosity comes from a pact with the devil, a background of 18th-century wallpaper and a depiction of Oscar Niemeyer’s architecture in Brasilia, decorated by a medallion with an image of Charles Baudelaire, the driving force of modernism. It is always about power systems and how they are being transformed into consumable shapes. All the works from this period are grisailles, created from synthetic pitch: a waste product from the petroleum industry. This lifeless material is painted into chilling and deathly theatricality. The use of materials and the ambivalent iconography are, for Paul De Vylder, indications of the neo-liberal phase in the capitalistic modernity of our present-day media and consumerism-based society.