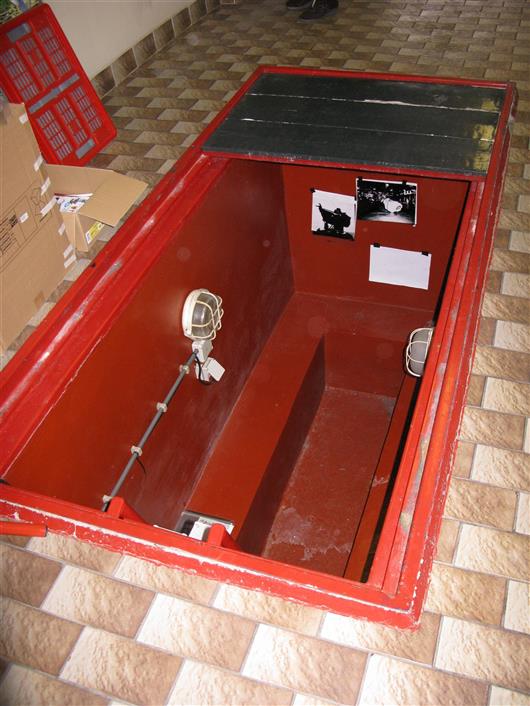 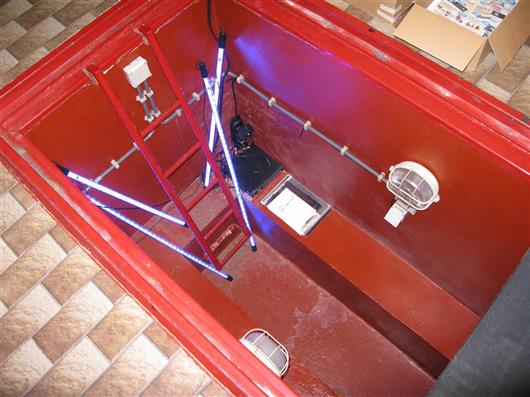 Oliver Lutz participated at Coup de Ville 2010. This text was published in the catalogue.

The way in which people try to unravel reality through scientific research and technology forms one of the points of interest in the works of Oliver Lutz. His works use technology, whether in a disorienting manner with the aim of developing a wider conscience or a new positioning towards reality within the observer.

The street and the house where the artist carries out his work have an extreme utilitarian genesis. The original working-class houses in Zeildoekstraat were built for weaving large pieces of canvas on the ground floor and for living upstairs. The previous resident unknowingly continued this tradition of home industry by creating a lubrication pit in the room where there was previously a weaving machine. The man was thus able to work on cars in the garage that was created. Lutz reopened the pit that the current owners had closed, and this is the focal point of his installation.

The artist creates the link between housing, car and mobility and he makes this link with this location from the historic evolution in the United States. With the democratization of the car, personal mobility was increased and bungalows became popular family dwellings in the 1920s. The rural setting of the bungalow conjured up the romance of nature. This Arcadian feeling essentially only existing thanks to the car industry. In his installation, Oliver Lutz integrates the proximity of the town park, the aesthetic modifications on the facade side and the reference to the car into one visual cluster. Elements that apparenlty show no relation to one another seem to have an actual connection, which detemines our perception of reality.