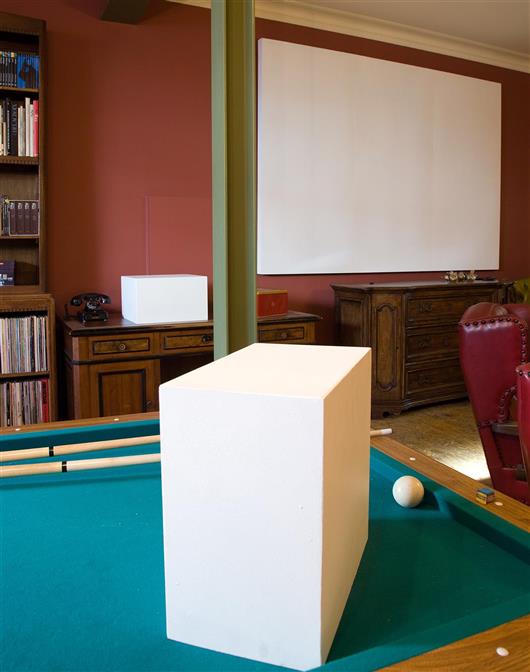 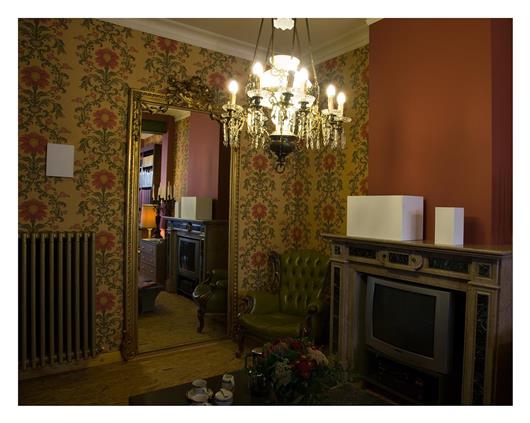 Nezaket Ekici participated at Coup de Ville 2010. This text was published in the catalogue.

In her audiovisual installation Private objects, Nezaket Ekici takes as the starting point the personal stories of works of art and meaningful objects from a family. The family members were not just asked to describe the work of art or meaningful object, but also to explain their personal link with it. The objects about which the owners speak have been removed from the residence during the course of the exhibition. The artist wishes to make the owners' standpoint cental and has for this purpose entered into a dialogue with them. The absence of the images discussed but whose place is revealed only by the shape of a white from or white box forms the visual leitmotiv in the living room. The observer who listens to the stories and the echoes of those present will therefore have to use his or her imagination in order to create a picture of the objects.

This direct experience of the world as is the case here is being taken from us, a reason why Nezaket Ekici refers to the art theorist, Wolfgang Kemp, who speaks of the eye's demand in the case of aesthetic experience. For the artist, the idea of this subjective perception of the work is precisely that each observer conceives for him or herself an own version of the object discussed to fulfil this desire.

As the public, we are in this way incited to consider how we deal with art and the objects around us. We must not only kow why the object is present, but also why the family has placed it or set it up in a certain place in their home. The artist believes this focus on specific objects fits in with the museological principle of a white cube, an exhibition area with white walls, which draws all attention to the works of art. The concept of Private objects explains the spatial and intrinsic choices that the family makes to complement their living area. In the meaning that thus occurs, both we and the owners experience in another manner how to deal with art in out direct everyday surroundings.