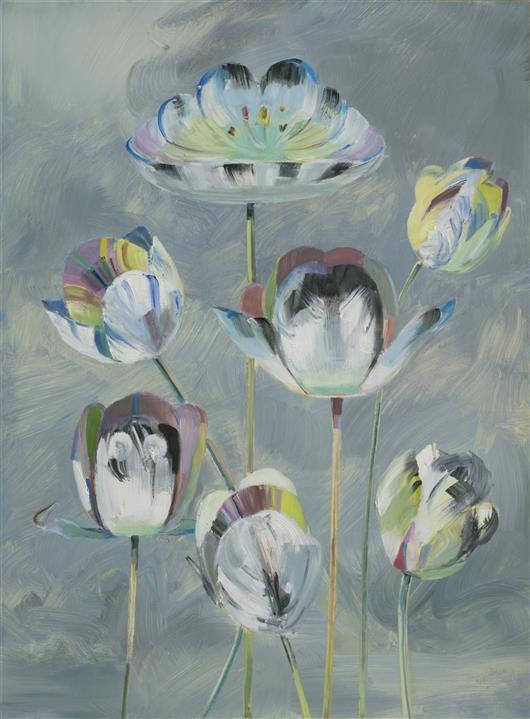 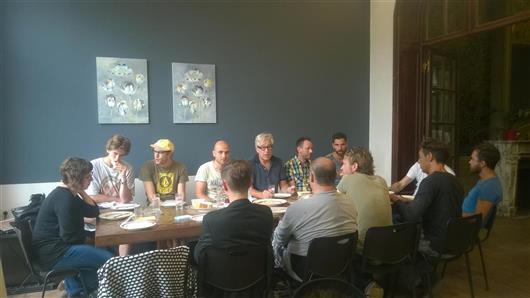 lives and works in Dublin — Ireland

Mairead O' Heocha participated at Coup de Ville 2016. This text was published in the catalogue.

Love at first sight is real, a Stendhal effect is exaggerated, but when I saw Mairead O’hEocha’s paintings for the first time I was stunned by them. She produces small-scale oil paintings in which she makes a symbiosis of design, shape, brushwork and colour. The entire lexicon of what painting can be strikes you. Fortunately, not in a self-righteous way, her works and personality are too unpretentious for that. In contrast to an enormous orchestral apparatus, her paintings are the figurative equivalent of chamber music in all its finesse.

After splitting her life between Ireland and the UK, Mairead O’hEocha has been living in Dublin since 2004, but again divides her time with regular trips to Wexford. From the motorway, she thus came to understand the south-eastern, semi-rural area of Ireland. The fierce economic growth, the Celtic Tiger, has caused a kind of national gentrification, but also downturns, with economic near-death experiences, defeatism, re-emergence and the realization of great mental resilience. Viewed to her left and right along the motorway between Dublin and  Wexford, the shroud of the globalized world over her country taught the artist to think about what is universal and what is unique. She concludes that ‘local’ has grown along the way into something abstract. Her landscapes and city views can be read as a parody of the sublime. She creates a contrast to the 18th-century veduta paintings with their stunning perspectives and sweeping lines attempting to reproduce the greatness of a place. O’hEocha is more of a pictorial democrat and also applies her brush to what is mostly omitted from tourist guidebooks.

The artist has also been producing still lifes for the last couple of years. For this reason the name James Ensor falls regularly from her lips. She shares his pure pictorial interest and colour inspiration, but also the narrative elements, almost medieval quaintness, within a still life in which an intimate microcosm has been created. Mairead produces things at a leisurely pace, despite the demands of the art market. For Coup de Ville she has produced two new paintings and we are the aesthetic participants in approximately two months of her life.