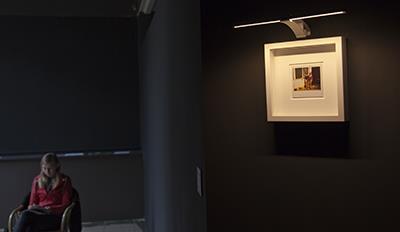 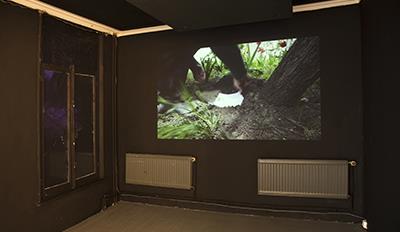 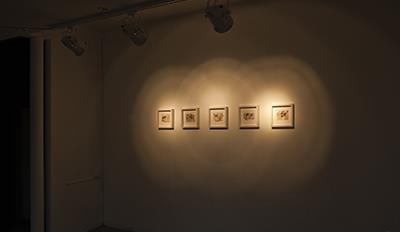 Krisztina Fazekas-Kielbassa participated at Coup de Ville 2013. This text was published in the catalogue.

When writer Georges Perec stood in front the house at 24 Rue Vilin in Paris, where he once lived, he remarked: “Je ne suis pas rentré.” Standing outside the door, he did not go inside, but from the undertone throughout his entire work, one can deduce that he ‘never came home’. Many of Krisztina Fazekas-Kielbassa’s works allude to the layered meaning of ‘coming home’, and zoom in on the complex relationship between mother and child. ‘Mater Matters’ is a long-running artistic project in which the artist expresses this relationship by means of solitary works, exhibitions and spatial interventions. Some biographical information should be given in order to be able empathise with her starting point. Although Krisztina’s parents lived separated in Communist Budapest, it was only by erecting a wall in their home. The tumult of the physical abuse by her mother remained audible on the other side of this wall and was documented on tape by her father by way of evidence. This material, however, did not lead to corrective action, but became anchored in passivity or neglect, another form of abuse. The complexity of this mother-child relationship is exacerbated by the fact that Krisztina also retains numerous pleasant memories of her mother, such that she did not become a one-dimensional character. Given that no diagnosis was made at the time by the (non-existent) mental health care system and she quickly started to fade into dementia, her mother curiously enough seems to be absolved of her responsibility due to her lack of memories.

Whatever strategy or ritual activity the artist may avail of, her ‘Memories to bury’ remain wounds from her childhood that she cannot possibly erase. They resist materialisation, encapsulation or hardening. Thus a search is created in the space of fantasy that art allows her, challenging her to move beyond the technical mastery of a certain medium – photography or video. This in itself is not exceptional in art – on the contrary, it even seems to characterize it: the realisation of an image or experience that transcends the illustrative level. The artist recently found another opening through her own child. For the first time she adds – like a mirroring of her father – audiotapes on which the euphoria of her son while playing can be heard.