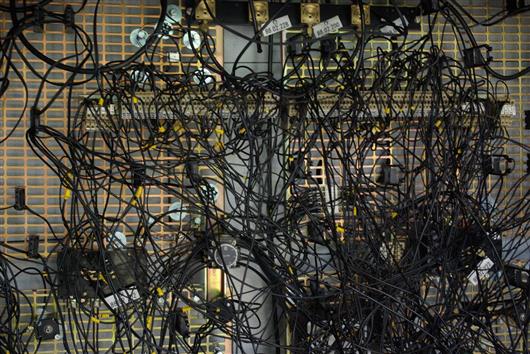 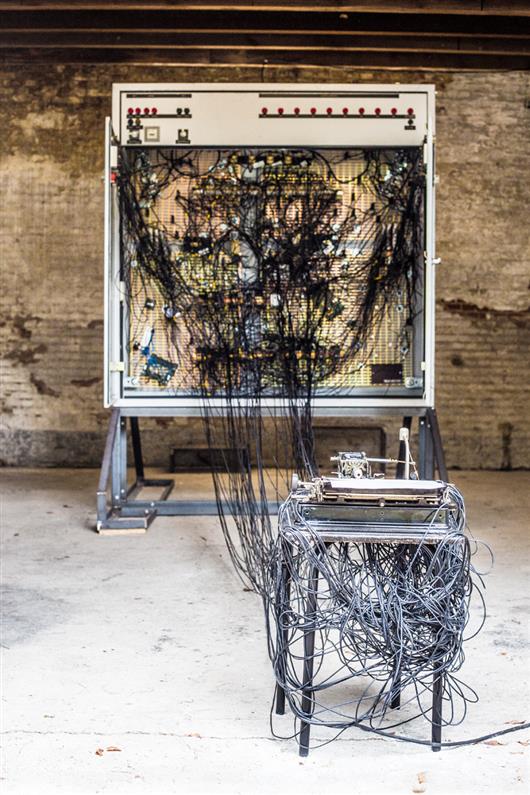 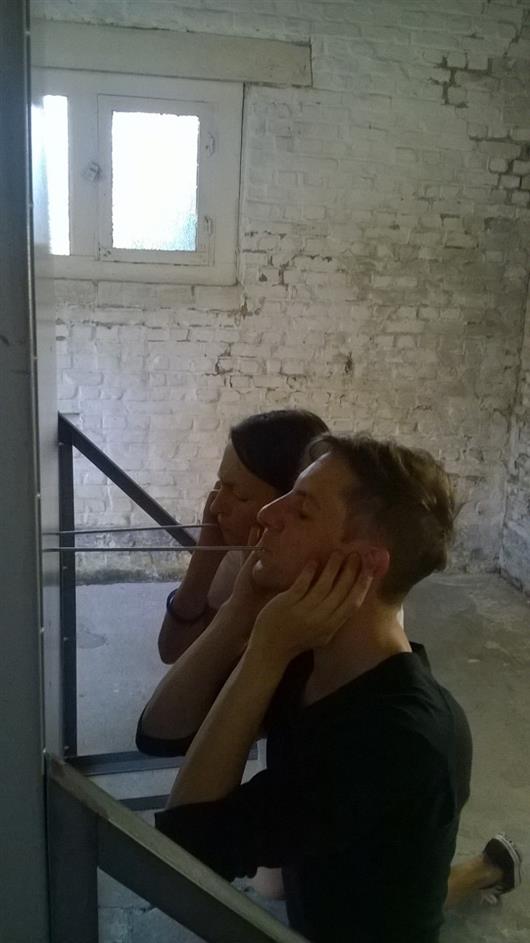 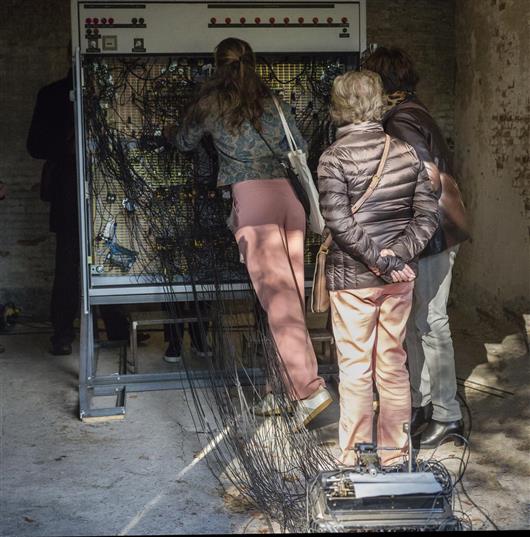 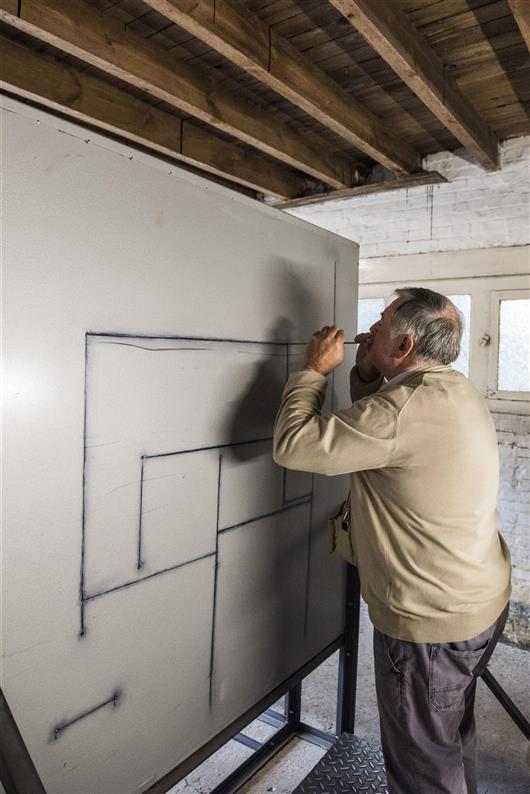 lives and works in Athens and Brussels

Katerina Undo participated at Coup de Ville 2016. This text was published in the catalogue.

Katerina Undo is an audiovisual artist, performer and player of one of the earliest electronic instruments, the theremin. In 2014 she produced ‘Creatures Cluster’ comprising organisms built up of miniature robots and autonomous life. They obtain energy from solar cells and can thus make small movements and produce soft sounds. The Creatures were developed using two simple analogue electronic circuits that were inspired by the nervous system of living organisms. The visual and auditory nature of the interactions indicates the working of the nervous system, but also systems of social interaction and cooperation.

For ‘Red Dawn’, the final exhibition of HISK in Ghent in 2014, Undo presented an acoustic work in which the voice of Antonin Artaud (1896-1948) could be heard via a metal rod between the teeth. As an avant-garde theatre producer, he wanted to return to the mystery plays to make the primal fears and desires of the human being visible. Artaud is obsessed with corporeality. It makes him somewhat nauseated and leads him to want to free himself from the body. In W/hole Expansion, Katerina Undo further expands on the complexity of her systems and writes the following letter:

W/hole Expansion is a Mental Electricity Short/circuiting Experiment, inspired by the paradox characterizing the work and the persona of Antonin Artaud, in resonance with his impalpable concept of the Body without Organs.

Dear Other, Given that:

There is no Truth in Art, and 2

All writing is pigshit,
I’m writing you the whole truth and nothing

but the truth concerning the work:
W/HOLE Expansion
“The machine of being, or drawing to be

Everyone will tell you that I am a schizophrenic megalomaniac. That is correct. It is normal to expect from a person like me a work referring to the self, to myself. Everyone will also tell you that I am obsessed with the occult and Antonin Artaud. That is also correct. Artaud is my vehicle in a transition from the absolute to the subjectile.  Overwhelming my every single mental atom with transformations of desire. For I imagine that such is the desire of the other. Desiring machines, machines of being...

When Artaud’s mental electricity electrocuted my mind, this work occurred.