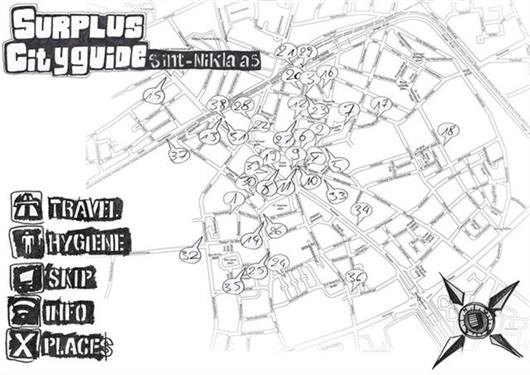 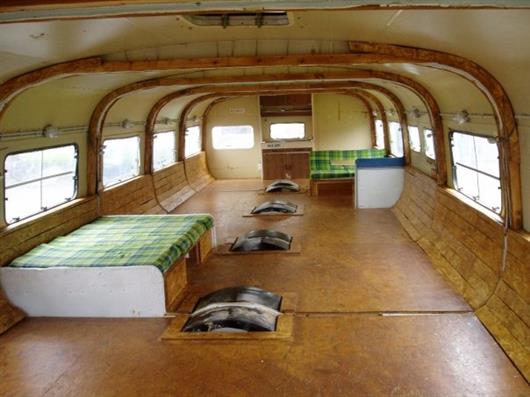 lives in a camper and works in Ghent — Belgium

Karl Philips participated at Coup de Ville 2010. This text was published in the catalogue.

The works of Karl Philips manifest a relationship with psycho-geographic experiments that were conducted in the Sixties under the impulse of the Situationist international, a movement that considered the city as the location above all others where power manifests itself, and studied via city walking tours the effect of the geographic surroundings upon our emotions and our behaviour. Philips searches for the public space rather from the standpoint of the financially needy and how these people manage to survive in it with a minimum of comfort. In the process, he has recourse to a diversity of forms, such as house trailers, constructions on clandestine locations or mappings.

His Surplus city guide Sint-Niklaas is a map of the town's centre where he indicates sites and incorporates these under different names. Under the label 'Hygiene', for instance, he identifies public washrooms. Free water and electricity is to be found under 'Skip'. 'Info' in turn lets people consult newspapers, magazines, and the Internet, all free of charge. In fact, Philips's project indicates the extent to which we are trying to privatize things. Anybody who does not possess certain given things is soon marginalized or winds up caught in the tentacles of the criminal world. Likewise, in this manner the artist draws attention to places that are generally being passed by, and passed over, without thought or attention but that, nonetheless, offer possibilities for shelter and tranquillity.

Karl Philips's town guide map is inexpensive and easy to copy. It is made available for free during the time of the exhibition. In the Baenslandwijk, one of the artist's favourite sites, he has parked a caravan with a display of the account of his survival study in Sint-Niklaas inside it. One finds therein photographs and the description of the manner in which he experienced his surroundings and the environment as a very frugal and thrifty consumer.