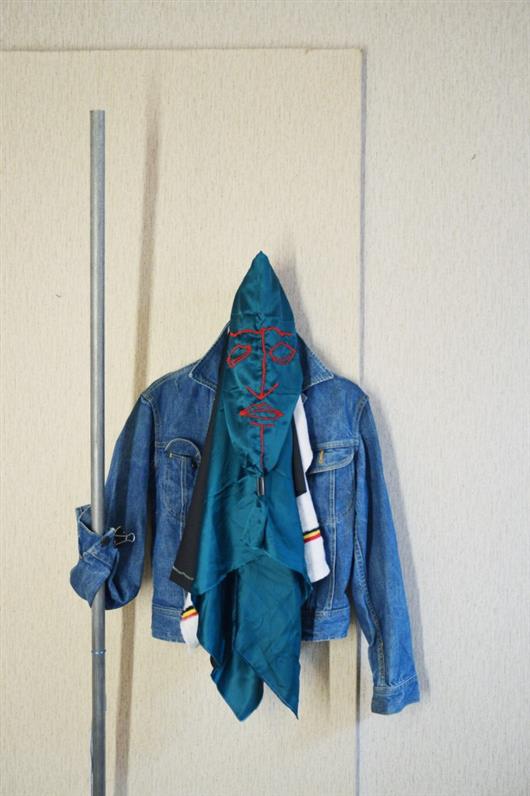 Joris Perdieus participated at Coup de Ville 2016. This text was published in the catalogue.

He also participated at the exhibition Feedback Loop in Krinzinger Projekte, Vienna in 2017 as a result of his selection during the Portfolio weekend in 2016 at Frans Masereel Centrum.

Trained as a painter, Perdieus then followed a postgraduate degree in art, media and design. During this postgrad period he worked for two years on an animated film - which became a tipping point in his career. The decors that he created formed the seeds of his current installations. Various activities in the world of the performing arts broadened his vision of the theatre and visual arts.

Five years ago he renovated, rearranged, and moved the objects present in his system during the entire exhibition period. Their static nature made for a process-based approach. Recently the insight grew that the performative nature of the work and contact with the public can also be a critical aspect of his oeuvre. In 2015, this lad to a collaboration with Evelien Cammaert where they performed a 45 minute choreography. Together they transformed the original installation until they returned to the starting point.

For Coup de Ville Joris Perdieus developed ‘Defining Lines again: Crossing Borders’ in a vast area inside the former technical shool, VTS. He approached the location as a playing field and established rules in advance. By interpreting the space as a passage and not as a place of rest, he created a certain analogy with a museum. Once again the paradox materialized between the hectic nature of man and the arresting moment associated with an art experience. Furtermore, in this paradox is encapsulated one of the seeds of Perdieus’ viewpoint that art is always theatre with a box of tricks around it.

Specifically, the physical space will be divided into three zones by means of a marking on the ground.

• Zone A: The Wings or the Organizing Area.

Hereby this empty room in a former school is transformed into an active area full of metaphors and references to life itself, as well as social structures and obstructions: the duality in everyone’s inner self and artistic creation process become akin to an autonomous research subject and inherent in experiment. Boundaries are, on the one hand, brought into focus and yet, on the other, are blurred. Like any form of expression, visual art is also a hybrid mix of media, emotion and science ... this space is, in short, a laboratory, an observatory, studio and theatre - all at the same time.