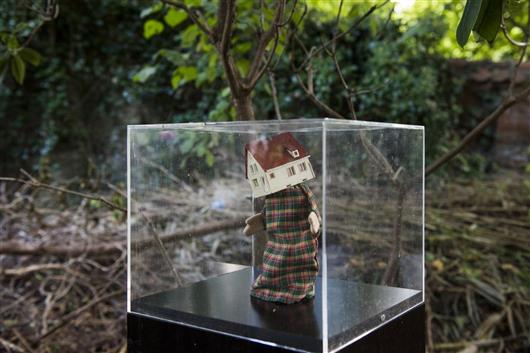 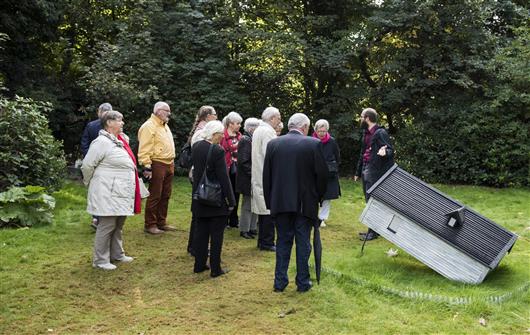 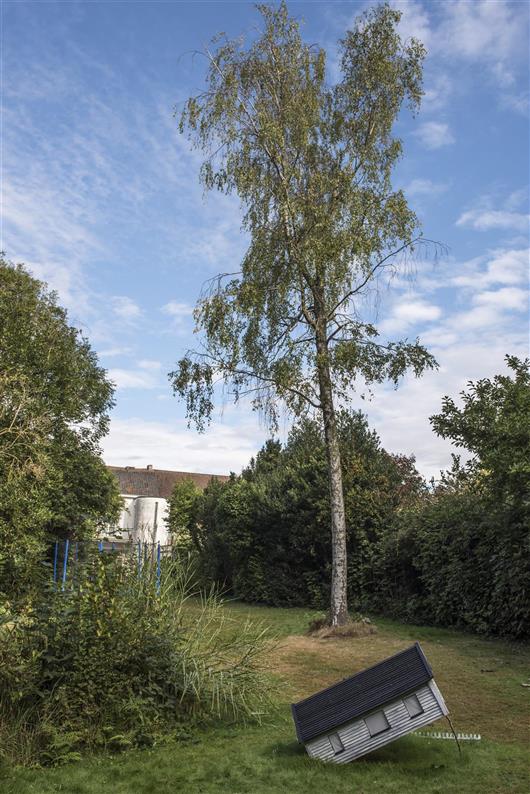 lives and works in Kortrijk — Belgium

Jonas Vansteenkiste participated at Coup de Ville 2016. This text was published in the catalogue.

‘The first drawing that I ever remember making was of a white house. It is a solitary, free-standing house in an area of grassland. Out of the chimney twists a plume of smoke and the facade is symmetrical, with two windows and a door in the middle. I can’t remember if the sky was blue, if there was a tree growing next to the house or even whether I had drawn the sun in one of the corners. Strange, because I have never lived in a detached white house with a symmetrical facade. In some way or other, this idyllic model of a home has taken root in my mind. But where did this imaginary image come from? I can only conclude that the projection of an ideal and its distance from reality is a stimulating principle in my artistic practice. In my project ‘A House is not a Home’ (Housetraps), this tension is clearly present. The bourgeois ideal of a sublimely happy home acts as the ultimate temptation, but is at the same time (perhaps even literally) a trap. This work represents the desire that is consistently – but always inadequately – completed by a shape. That imaginary image of the ‘perfect’ house is the carefully selected bait on which the trap is founded. In this way our wishes become our own personal snare’. So writes Jonas Vansteenkiste in ‘Je ne suis pas rentré’, an Essay on the boundary of domestic space’.

In Coup de Ville, the artist is showing a video work for the first time: ‘Mr House’. The mood is dark and the spectator is addressed by a deep voice. The character is based on a hand-pup- pet from the puppet theatre but also gives the sensation of being situated on the dark side of the internet, with a ‘groomer’ or enticer of child- ren. Thus the video work is a continuation of the ‘Housetrap’, a scale model of a house balancing sideways on a post. When the support is remo- ved, the construction falls down and catches who- or whatever is underneath it. The original of this kind of trap dates back to The Bird Trap by Pieter Breughel the Elder.