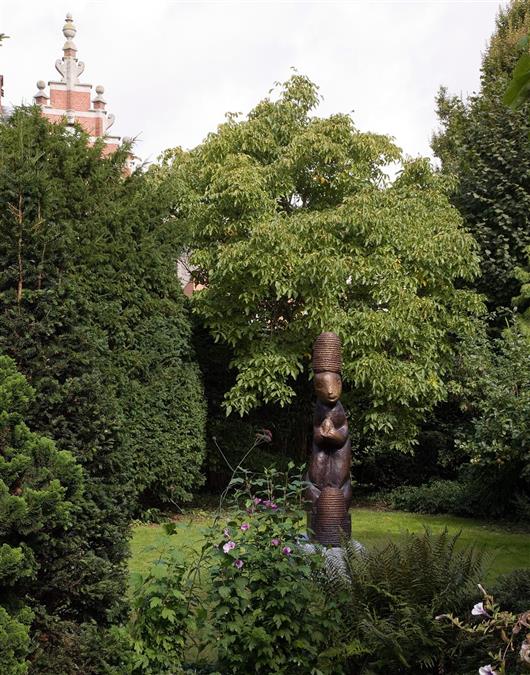 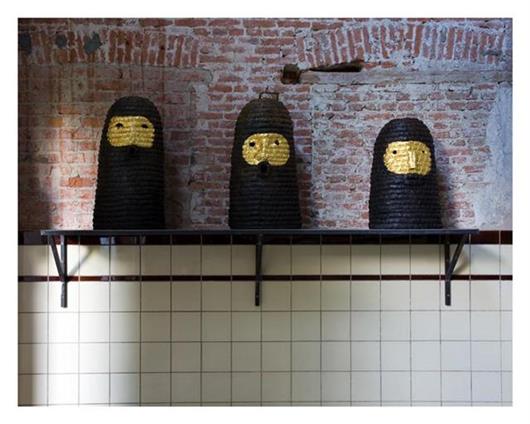 Johan Creten participated at Coup de Ville 2010. This text was published in the catalogue.

Johan Creten enjoys international recognition because of his resolute choice of working with ceramics, in the treatment of which he is both a revaluator and a renovator. For some years already, the artist has broadened his attention to include other media, in the process of which he makes regular use of bronze. The enduring properties of this medium do, indeed, offer greater possibilities for open-air exhibition.

Johan Creten often harks back to iconographic motifs taken from the history of art. For instance, he has borrowed the beehive motif, used in the sculpture called The collector, from an engraving by Pieter Bruegel the Elder, where the beehive serves as an attribute to the figure of Hope, one of the Seven Virtues that remains steadfast inside a roiling sea of despairing tableaus. In a broad sense, the beehive symbolizes here the society and the individual, which is, indeed, the allusion that Creten draws in his bronze sclupture.

The collector is a hybrid being with the body of a squirrel, and a beehive crowning the head and flanking the base. This new, taller-than-life sculpture is part of a series of creations that represent the alter ego of the (art) collector. Creten considers the individual act of collecting as a positive contribution to our society, which is represented in The community, four partially gilded beehives with eyes and a mouth. Creten typifies the collector as someone who is gathering things for the future and  by doing so creates a link for transmittin them to future generations. Obviously, this does not merely pertain to material or tangible things, but embraces also ephemeral aspects of our culture such as language, customs, and habits. That for Creten various types of collectors exist, is shown by his categorisation of them as - respectively - guardians (a category that includes The collector), sufferers, and enthusiasts.