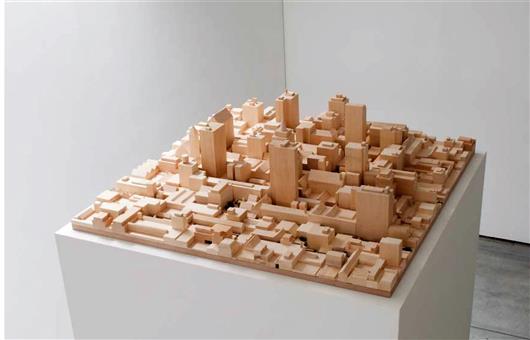 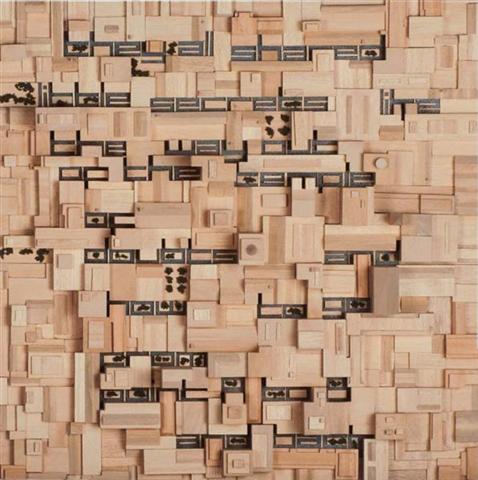 Fred Eerdekens participated at Coup de Ville 2010. This text was published in the catalogue.

Fred Eerdekens uses existing objects or creates new forms of rather limited aesthetic value. What is more important for the artist is the language elements hidden in his subjects or the possibility that is offered to recognize the language within this. This means that an object must be deciphered in order to establish its inner meaning, a challenge with which Eerdekens constantly confronts the observer.

This can occur due to a source of light and due to the effect of a shadow or by adopting a specific position regarding the shape.

For Coup de Ville, Fred Eerdekens creates a labyrinth in the garden adjoing the WARP coach house. For the first time in his career, he directly responds to such a surrounding with a piece on such a scale. The observer can actually enter it: he or she then goes along footpaths lined by high walls. It is precisely these walls that form the words, the sentences, even a complete story, which the visitor needs for finding the exit. It is, however, impossible to read the text within the construction. The most comfortable reading position is outside the labyrinth. The artist sees in this a parallel with life experiences that are often only understood after stepping back from them or being able to observe them from a different perspective. Eerdekens' labyrinth essentially fits in with the mediaeval tradition of labyrinths. His installation is therefore intended not so much as a kind of amusement but rather a place that can lead to an insight. It is from this viewpoint that this maze garden can therefore be seen as a construction that physically illustrates the journey towards meaning.

In the period in which the artist designed his work for the exhibition - it was incidentally an idea that he had been entertaining for some time - he also wrote the text The temple of doubts. In Lythe Brain.