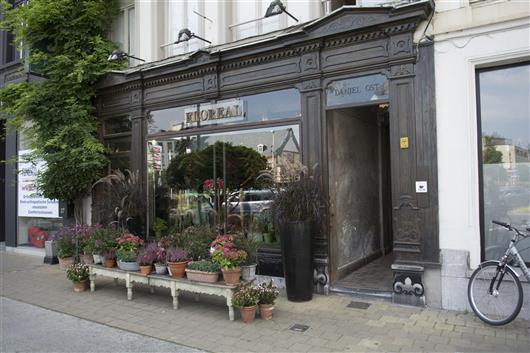 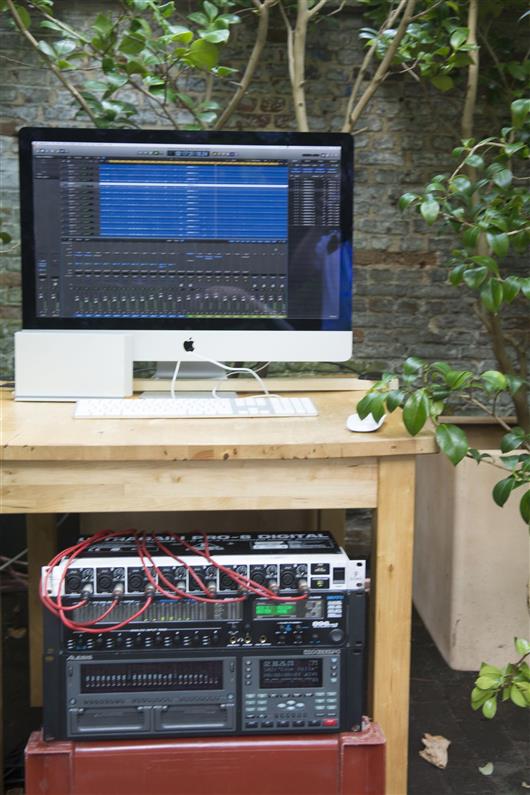 Erik Nerinckx participated at Coup de Ville 2016. This text was published in the catalogue.

The day-to-day things that we pass by without noticing are what catch the eyes and ears of the Belgian media artist Erik Nerinckx. He is especially fascinated by apparently feather-light scenes in the margins. For some time, Nerinckx has been focusing on sound: how do you reproduce the sound of the crunch of pebbles underfoot or the thunder of rubber tyres on slippery cobbles in a refined and convincing way? Or the cooing of doves? Two separate locations were the setting for this same number of sound works by Erik Nerinckx in Coup de Ville.

In the sleek, elongated garden of floral artist Daniël Ost, you can experience the heady natural force of the sea in the audio installation ‘Thalassa! Thalassa!’ The deep garden is symmetrically divided lengthwise by a long gully of water. From the centre of the water garden towers a whale bone, as though it was always destined to receive this soundscape. Thalassa is in fact a sea goddess from Greek mythology who represents the mother of all life in the sea. At the coast, Nerinckx recorded the breaking of the waves on the shore, placing microphones at intervals of one and a half metres over a distance of twenty-three metres. The sixteen speakers transform the garden into an acoustic room in which a massive wall of noise, the thunderous roar and the abstract stream of sound overwhelm us. The addition of this soundscape to the relative seclusion of the garden only seems to increase the spatial experience.

The immersive sound installation ‘Koeren’ (Cooing) can be experienced in the attics of an out-building to a large mansion. In the upstairs room lie, stand and hang objects that in their simplified form are reminiscent of a dovecote. A dull, rolling sound flows from several loudspeakers, recognizable as the cooing of doves. The original multi-track recordings took place in a loft measuring two by three metres. By spreading out the equipment and the spatialization of the sound in the chosen space, we seem to be in an enormous aviary. Using a minimum of elements, the sophisticated works of Nerinckx invite us to linger for a while in a world of almost nothing, and to be at peace

with the passage of time through the interplay of materials, sound and light.

These works were created with the support of Overtoon, Brussels.