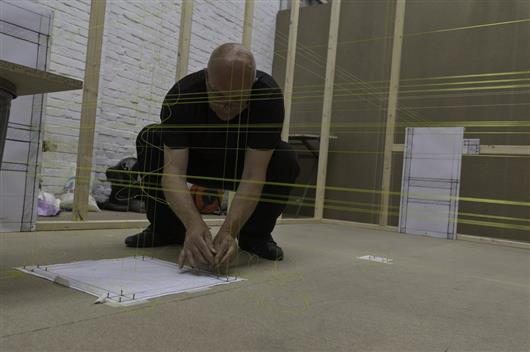 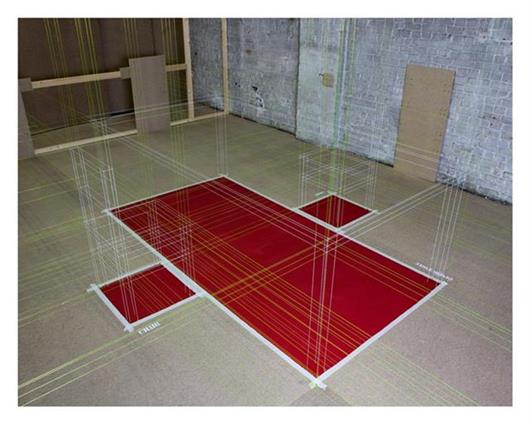 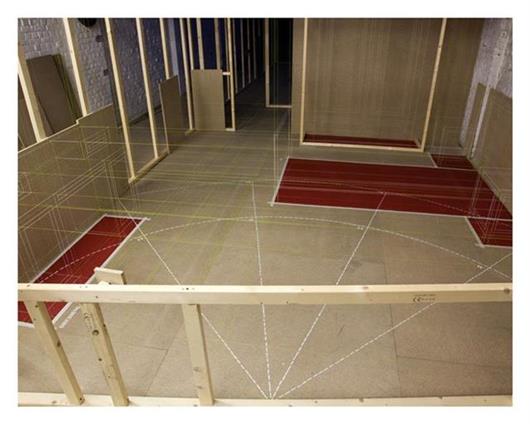 Eric Croux participated at Coup de Ville 2010. This text was published in the catalogue.

With his installation T(H)ere, Eric Croux evokes memories of a living room, bedroom and bathroom in his father's vacant house, which has since been demolished. This structure is being reassembled for Coup de Ville. Croux started work on the installation when he received news of the impending demolition, and developed the concept around the question "What is still there; what is no longer there?" From there he worked around a design that reconciles construction, deconstruction and reconstruction, and simplifies space visually through an abstract language of form. The original objects, and the way they are handled, have been transformed in this way into constructive ribs, lines, patches of wear, impressions or barely visible traces. Consequently, T(H)ere is about the tension between pairs of concepts that deny but nevertheless depend upon each other: present and absent, visible and invisible.

Eric Croux himself regards this work of art as a performance. However, one only gets to see the traces of the activities that preceded the work: the recall of memories, the examination of space, the intellectual structure of the work, and the delineation of the forms. As Croux himself indicates, the artwork has passed through several stages in this way, which both inhibit it and give it form.

Yet, we as the public intellectually contribute to the formation of the artwork, by looking at it and thinking about it. We create reality; it is a mental construction. Our memories are reconstructions, always without limitation in terms of imagination, but never complete. This incompleteness means that we as people are compelled to complete each other's memories.