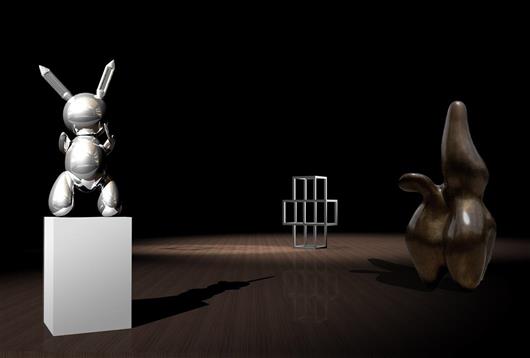 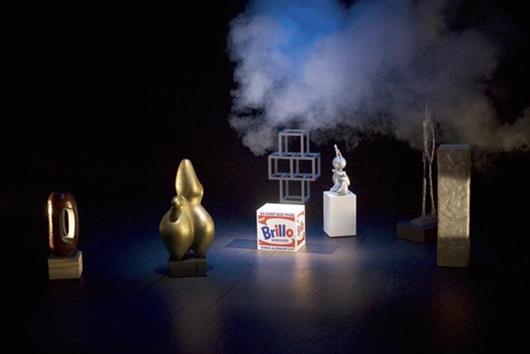 live and work in Berlin — Germany

Elmgreen & Dragset participated at Coup de Ville 2010. This text was published in the catalogue.

Together, Michael Elmgreen and Ingar Dragset have been building a body of installations, performances, texts, videos and site-specific works since 1995. In the Drama queens video, shown at Coup de Ville, one finds the sense of humour, the sense for drama and the ironic interactions with art and reality that characterise Elmgreen & Dragset's artworks.

Drama queens is based on a text by British writer Tim Etchells. It is a combination of theatre and video work with six well-known sculptures playing leading roles. The sculptures are life-size, motorized replicas that move on the stage using remote controls. At the opening of the Skulptur Projekte in Münster in 2007, the play has its official opening and afterwards remained present at the exhibition through a video montage. The pieces that are performed are each iconic pictures based on the history of 20th-century art. They are L'homme qui marche (1947) by Alberto Giacometti, Hans Arp's Cloud shepherd (1953), Andy Warhol's Brillo box (1964), Elegy III (1966) by Barbara Hepworth, Sol Lewitt's Four cubes (1971), Untitled. Granit (1984) by Ulrich Rückriem and Jeff Koons' Rabbit (1986).

Drama queens is conceived as a comedy where the sculptures brag about their respective place in the history of art and bicker about their potential value at an art auction. The monologues and dialogues are inspired by criticism, comments and gossip from the world of art. As 'personalities', the pieces show characteristics of the spirit of the times when they were made. Etchells describes Drama queens as a drama of objects with links to Powerless structures, an important part in Elmgreen & Dragset's work. There they work with everyday objects or structures that determine our conduct and our perception of space. This insight is important when one travels the Coup de Ville exhibition path: sculptures in urban surroundings are also objects that exert a conditioning influence. They not only beautify the city, but they are also the tangible manifestations of an aesthetic policy. They represent ideas that influence us subconsciously.