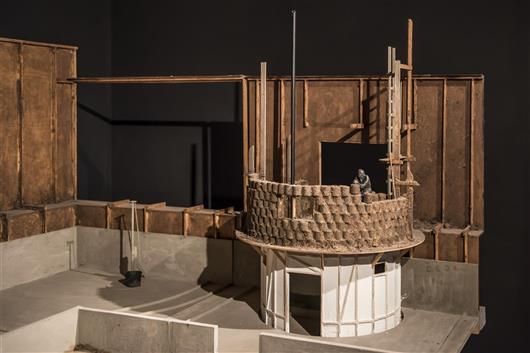 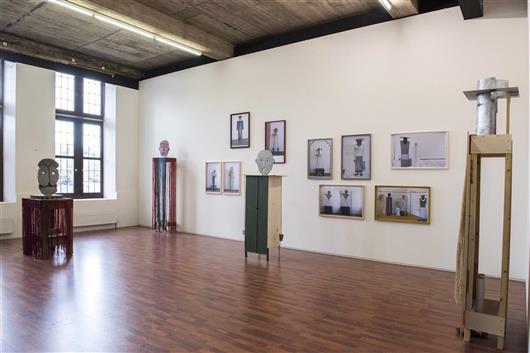 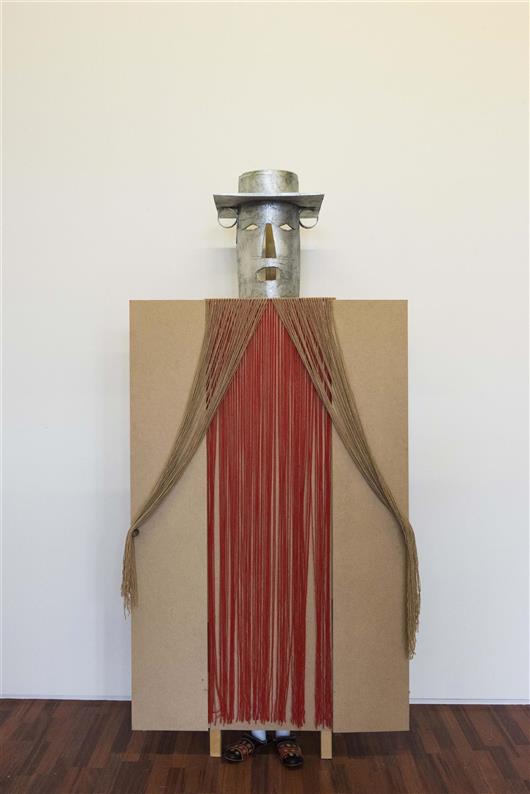 ‘Mestkoppen’ (Manure Heads) is an enormous model by Dirk Zoete that was shown at the very first exhibition of the art platform Warp, in 2006. In Coup de Ville, the work returns in a somewhat dramatized form. It refers to a self- invented residential series and comprises three dwellings in the shape of heads. The origins go back to a comprehensive series of charcoal drawings with self-portraits. Initially, Zoete wants to produce ‘classical’ portraits based on outer likenesses. Introspection, fantasy and above all the energetic use of his materials lead to alienation and abstraction. A drawing by Zoete is always the first materialization of an idea: a microbe that grows to become a sculpture, animation, performance or large-scale, site-specific project. His artistic practice is associative and improvisatory or, as in jazz music, to be understood as a kind of instant composing.

Recurring elements and references are: the theatre, the puppet, the mask, the baton, the skeleton, the giant ... but also Flemish expressionism, Russian constructivism, Oskar Schlemmer or the Wild West. Fantasy, realism and memories slide through and over each other and play at will with the aesthetics of the early 20th century avant-garde. In Coup de Ville, a recurring theme is the phenomenon of the mask, and as an extension to it, concealment and transformation. Appearance and being, fact and fable do not automatically cancel each other out in Dirk Zoete’s work and in this way he creates theatrical truth, a kind of mock reality, constantly being described and rewritten. He does this by means of elementary or archetypal forms, for example, the giant. Although such appearances have been considerably reduced by logic and human ingenuity, everyone recognizes the kind of shapes that Zoete creates. They may not form part of our everyday experiences but they still wonderfully enliven our human condition.