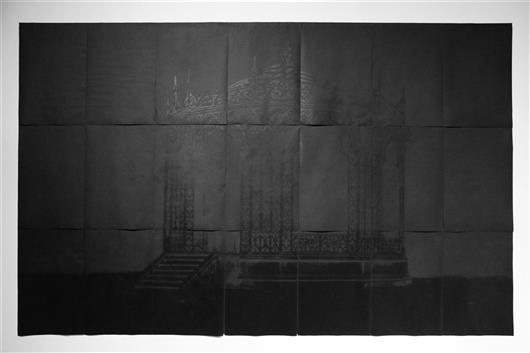 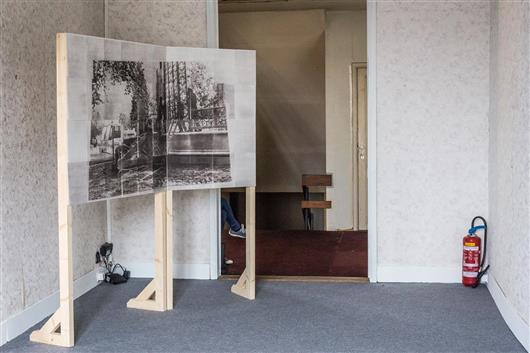 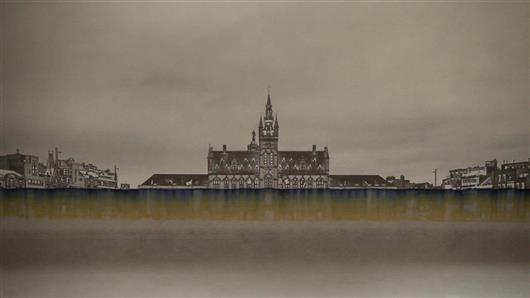 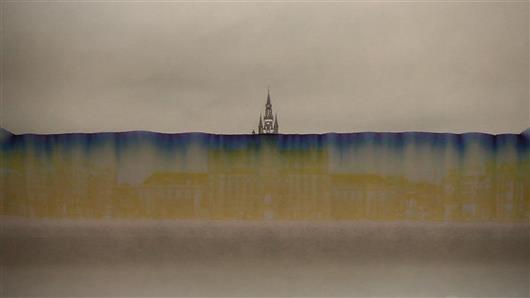 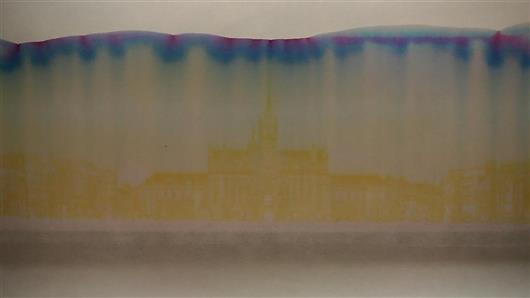 lives and works in London — Great-Britain

Catriona Leahy participated at Coup de Ville 2016. This text was published in the catalogue.

The often invisible effects of time and social evolution on apparently stable, sustainable structures percolate constantly into Catriona Leahy’s oeuvre. The ambivalence between (physical) stability and (semantic) changeability is translated using fragile materials and graphic techniques into intriguing works of art, in which the capricious nature of history and memory becomes fixed.

From the invitation to participate in this edition of Coup de Ville, it was clear to Leahy at the outset that the urban past and present of Sint-Niklaas would be the central feature. After having undertaken a reconnaissance of the city herself, she stumbled upon some old images of the Grote Markt during an on-line search, showing a kiosk she could not recall. The building still existed, no longer on its original spot but in the city park. The cast iron construction dating from 1859 was built in an eclectic style for musical performances. As society changed the kiosk gradually lost its social function. The building was demolished to make way for a new bus station and ended up in storage from 1966 to 1984, only to be reconstructed in the city park, bearing lonely testimony to what once was. This kiosk and its history take the leading role in two of the three works of art developed by Leahy for Coup de Ville.

Aesthetics of Disappearance, a title referring to the similar philosophical work by Paul Virillo from 1980, consists of thin, fragile sheets of Japanese paper provided with layers of oil-based black ink. In the traditional, time- consuming and delicate creative process using an etching technique, Leahy gave the paper, layer upon layer, depth and weight. In the change between matt and glossy, between sharpness and blur the contours of something voluminous can just be made out – the kiosk. The play of light is fundamental to the legibility. The wall of paper (2.80m by 1.75m) shows the kiosk as a kind of fata morgana mirage, or more precisely a ghost from the past.

Finally, there is the video projection Sedimentation. We see an illustration of the City Hall on the Grote Markt, printed on paper. The loose sheet slowly absorbs water until it is saturated. The ink runs, the image blurs. A shadowy form of what might have been remains. It is thus that Leahy reveals the fluctuating changes in the world’s physical and mental identity in each of her works.