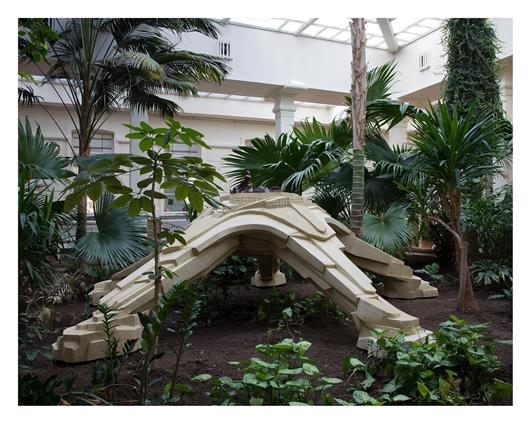 lives and works in Momignies — Belgium

Bren Heymans & Djo Moembo participated at Coup de Ville 2010. This text was published in the catalogue.

Bren Heymans and Djo Moembo have since 1996 collaborated on various artistic projects wherein the combination of different disciplines is seen as an important element. In their collective works, the artists are untiringly in search of correspondences and archetypal models that transcend the boundary lines of different cultures.

In 2006, Heymans and Moembo started the intercultural and international Bidontopia project. This involves an open source project whereby information from different sources is being gathered over a prolonged time span, eventually to be integrated into artistic compositions. Bidontopia took its start in the digital designs of a floating, that is an ephemeral, futuristic town, fashioned by Bren Heymans, and in the question posed by Djo Moembo why the science-fiction genre is absent from African film-making.

With Kinshasa as its geographical anchoring point, the project developed - amongst many stimuli - its form and presence via brainstorming sessions with the Congolese wood sculptor A. Poto Gabriel, artist Edo Ngingi, and architects Toko Missi J.P. and André Matavunga. Later on, there came also a number of stop-over presentations in the Hof van Busleyden in Mechelen and the WARP coach house in Sint-Niklaas, where refugee kids continued working with the existing material and formalized their ideas of the ideal town with clay and by means of drawings.

The anticipated scenario was that, in March 2010, all collected information and sketches from the workshops would be taken to the artists in Kinshasa, where the second phase in the development of the sculpture would be started. Unfortunately, the extra funds needed for this phase were only just recently allocated, thus forcing the artists to reschedule (postpone) their plans.

For the Coup de Ville exhibition, Heymans and Moembo have processed the collected materials into an artistic installation that serves as response to the contributions of all the actors involved. This stop-over, as already mentioned, is not the ultimate destination for Bidontopia, which, after the exhibition, will continue to develop in its own organic manner, autonomously and after its own fashion and following due process after analogy with an (African) town. Via this on-going research and continuous exchange of visual rhetoric, the project wants to stimulate a long-term intercultural dialogue about identity, architecture, and urbanism.