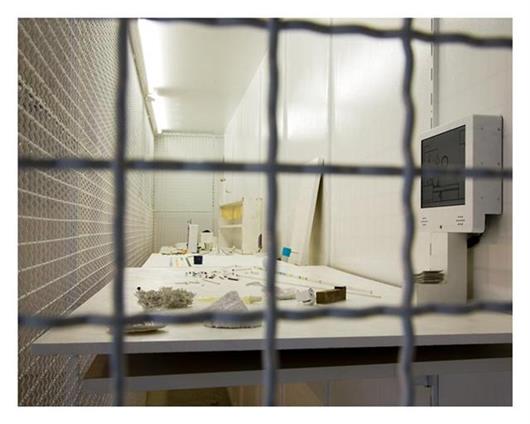 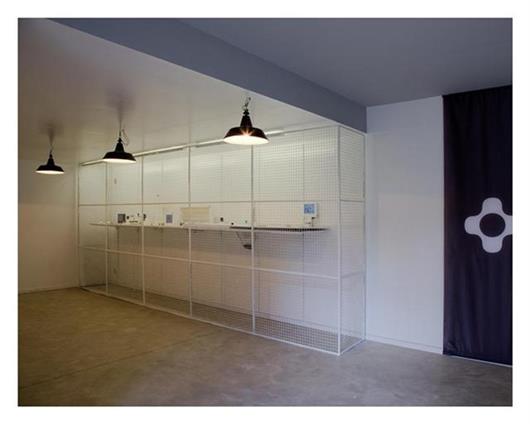 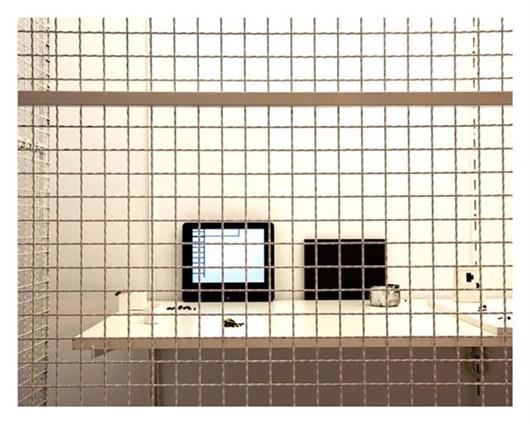 lives and works in Mechelen — Belgium

Bart Stolle participated at Coup de Ville 2010. This text was published in the catalogue.

An important part of Bart Stolle's work is the notion of distance, both in terms of space and time. The refined, geometric forms in his paintings and animated movies evoke a language that connects with the past and will be useable in the future. Stolle wants to create art that would be understandable in another galaxy in the way that hieroglyphics and cave paintings still communicate today. Using abstraction and elementary forms, he searches for the fundamentals in art and civilisation. The summing up of his body of work under the name Low fixed media show, points not only to the intermediary role of the computer and its virtual implications in the creative process, but also embodies a great interest in the material nature of things. He combines both aspects in a new installation for Coup de Ville.

Bart Stolle presents objects, more than half of which are discarded items that he has found on the beach and in cities. They are artefacts produced by humans that have lost their original economic purpose, and have fallen prey to erosion. This collection of objects has the same value as his paintings or animations. In these objets trouvés, he searches for their soul, which he then transforms into images of themselves. In the films shown, he magnifies the objects and lets them appear in a space colony where humans live in golf ball like structures, because they had to escape the planet as a consequence of their disastrous consumption behaviour.

Stolle's installation is midway between a laboratory and a cabinet of curiosities, where things have been liberated from their original use and commercial value. The question is about what will in the future be important in the world. As a result, Stolle emphasises the ecological nature of this work without wanting to express a political or fashionable viewpoint. The largest part of his oeuvre can be stored on a single hard disk, and his production methods are also aimed at using available resources as economically as possible. Bart Stolle offers a symbolic reflection of today's society through the crossover between media and materials.