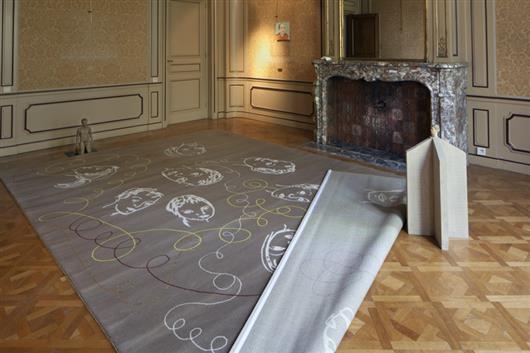 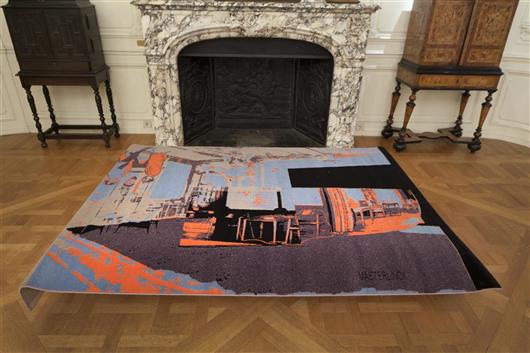 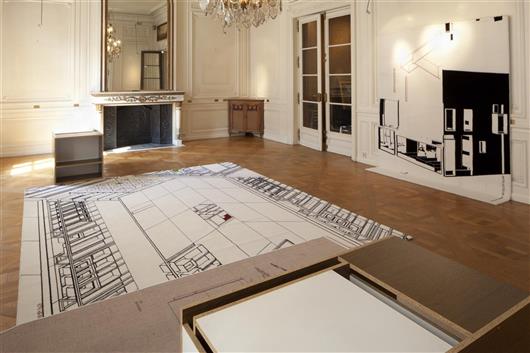 ART OF THE LOOM

Art of the Loom consists of a collection of 32 exclusive carpets realized by Mark Deweer, founder of both a carpet manufacturing firm and the Deweer Gallery.

Art of the Loom participated at Coup de Ville 2013. This text was published in the catalogue.

Every artist fashioned his or her contribution into something special and tests out the relationship between contemporary art and design. The result was presented in the form of an exhibition in Otegem from 6 February to 10 April in 2011. In the present exhibition ‘Coup de Ville. Attracted by another level’, designs by Stephan Balkenhol,Jan De Cock, Stefaan Dheedene, Jan Fabre, Ilya and Emilia Kabakov, Matthieu Laurette,Josef Felix Müller and Anne-Mie Van Kerckhoven are on display. The carpets themselves are shown in relation to other works created by these artists and/or works from the collection of the Fine Arts Salons. Originally, the Salons were the residence of the textile baron Meert, who resided there as of 1930. The mansion was built based on plans by architect Paul Stordiau.

At the age of sixteen, Edmond Meert (1879-1961) started working on handlooms and Rachel knitting machines at the plant his father founded in Sint-Niklaas. The direct contact with the weavers presented him with insight into their life and world and defined his subsequent socially progressive pioneer’s mentality. His time as manager of the concern was characterised by his undogmatic way of thinking, his intelligent way of conducting business and his functional insight while staying conscious of social needs. This is, for instance, evidenced by his achievements in the areas of education, child day care, holiday camps, study grants, housing development, food centres and care for pensioners. The family business produced woolen and cotton carpets, wall and furniture covers and shawls. Around 1920, he expanded his activities with a new manufacturing complex where during the twenties some thousand workers were employed. This expansion, amongst others into the Netherlands and during the post-bellum period also in the Belgian Congo, will slow down and stagnate during the fifties. In 1970, the company is liquidated and the general decline of the textile industry systematically erodes the economic vitality of the region. It is a story that is replicated in many regions in Flanders and anticipates the closure of Deweer’s carpet manufacturing concern in Otegem.

In the present presentation of Art of the Loom the carpets – in keeping with the spirit of the original version – are kept in a bizarre, tense equilibrium between art and object of general use. The display consists of more or less autonomous installations that rather evoke the impression of attempts, stacking, or basic exercises. Nothing in the presentation seems fixed or permanent, either literally or figuratively: the realizations and the carpets have been assembled to resemble temporary constructions.