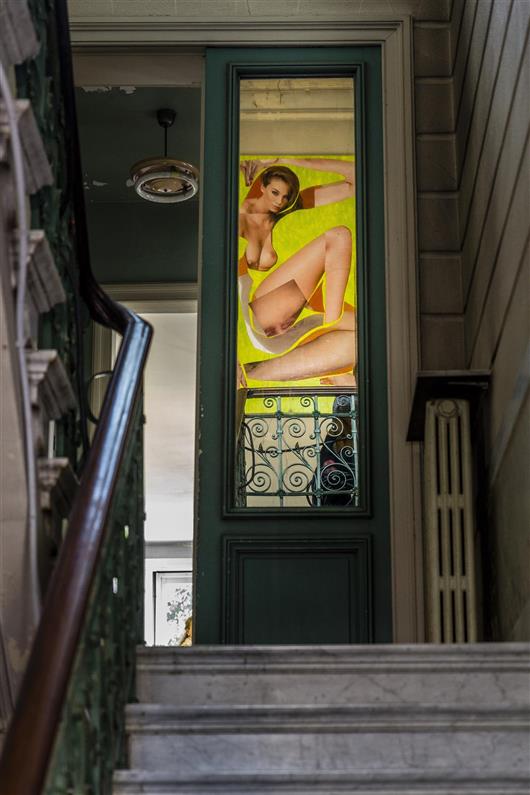 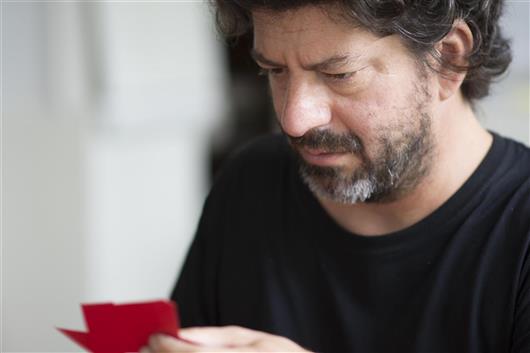 Lives and works in Ljubljana

Žiga Kariž participated at Coup de Ville 2016. This text was published in the catalogue.

The Slovenian artist Žiga Kariž works with a broad range of media in order to release some well-aimed volleys at the sacred cows of art and society, using iconic works from art history and elements from everyday culture. No hollow laugh but an attempt to save them from suffocating complacency. The endeavour by modernist artists to adapt to actuality, using new, often abstract styles, has today resulted in digital image diarrhoea.

Whatever it was that shocked the art world and was part of the avant-garde appears, in the course of time, to have become harmless and decorative. Sadly, the alternative vision too quickly becomes swallowed by the prevailing opinion and art becomes impotent wallpaper or experiment is extinguished to become superficial. ‘Terror=Decor: Art Now’ by Kariž is a Mondriaan-style box whose innocence as decoration is lost because there is a camera inside. The lens observes the surroundings and upturns the safe living room, where every image is wallpaper, whether it is a violent orgy by the Matrix, the latest in Hollywood B-film aesthetic drenched short IS propaganda film, or a reproduction of Gustav Klimt’s ‘Kiss’, into a problematic space. Every movement and detail can be followed like an unhinged webcam. The terror of the control and data acquisition has penetrated into the ultimate private sphere. What is apparently artistically innocent or neutralized along the way, happily turns around again: ‘Never trust a painting’.

Just as we cannot ignore the reality of the violence without it taking revenge, the ghosts of Freud and Marx are peering in at Žiga Kariž’ KNT collages. ‘Freud, Marx und ich’ is a recent series of Kariž collages, modified with acrylic, being shown in Belgium for the first time. The artist’s relationship with Freud and Marx is principally symbolic and especially ironic. His real sources of inspiration are Marcel Duchamp and the process of the ready-made with which he, unembarrassed, claims already existing images as his own. For these collages it concerns explicit images taken from the worldwide web, that extremely fruitful terrain. Then, the artist uses the Henri Matisse  cut-out technique and synthesizes the fragments of post-cubism practice by Pablo Picasso. In vivid colours he shows broken, naked bodies – wrapped in an iconography which can be described as ‘g/holy trinity’: logos, labels and patented shapes.